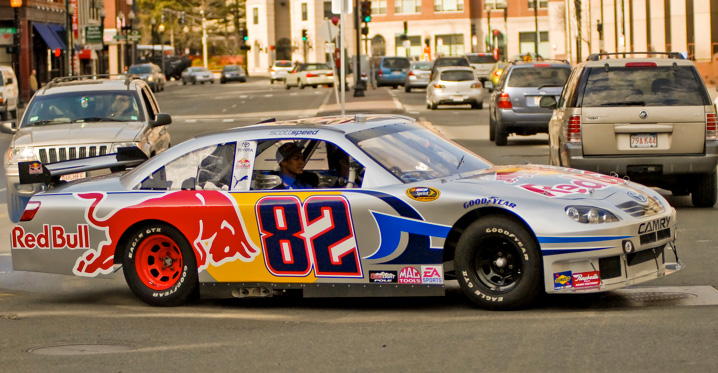 Red Bull started a tradition with new mainstream athletes that became associated with the brand. It was simply called Pro Delivery. In the case of Boston Celtics guard Rajon Rondo the “delivery” would take place before the teams first home game of the playoffs against the Chicago Bulls. Red Bull arranged for Rondo to be delivered to the TD Garden in an authentic Red Bull NASCAR show car. The vehicle whisked through the streets of Boston and roared into the player parking lot, much to the bewilderment of security guards. Rondo then made his way inside and scored a team high 29 points. ProVentures assisted with the setup and implementation of the program.

ProVentures is a sport and entertainment agency based in Historic Old Town Alexandria, Virginia. Here at ProVentures we don’t want to do business with you, we want to build business with you. With over 30 years experience in the sport and entertainment field, we have developed contacts and relationships essential for the development and implementation of a successful business venture for your company in this saturated marketplace. We believe in being a full-service agency, but more importantly, we pride ourselves on being a full-service solution.

Have questions or just want to hang with the PV Crew? Give us a ring or come stop by the office.